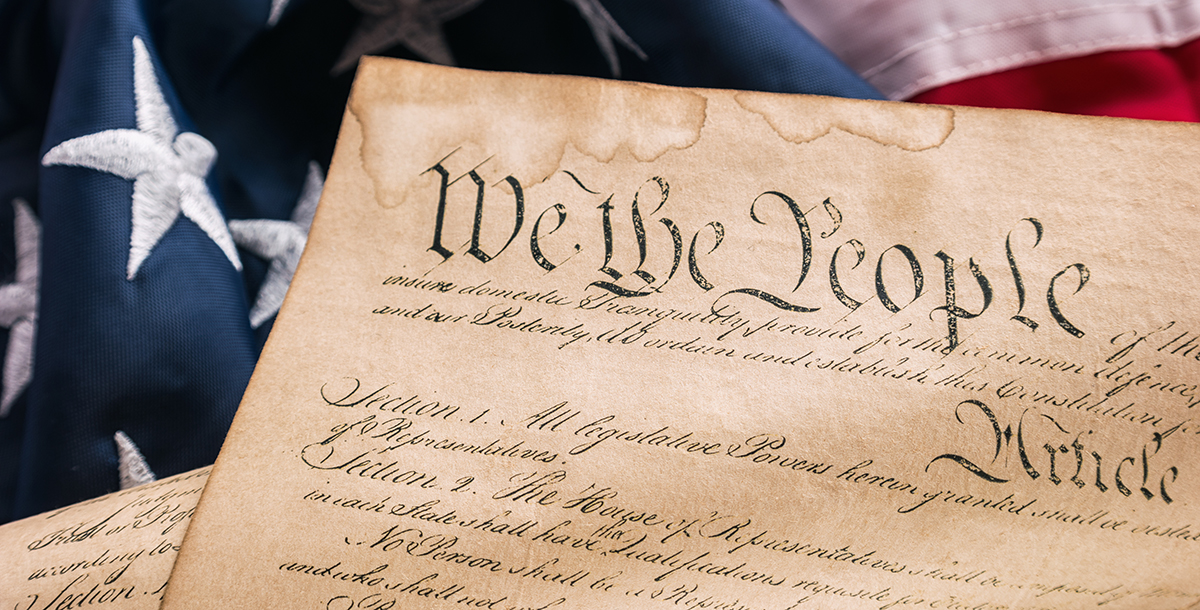 In the Trump era, Congress and the courts are like cops walking the beat to protect the rule of law. Unfortunately, President Donald Trump is thumbing his nose at both of them. The question remains: When will there be consequences for the unprecedented level of shameless, flagrant corruption and lawlessness in this administration?

Just last week, President Trump treated the G7 summit like a commercial for his businesses, inviting foreign governments to line his pockets next year and hold their next meeting at his Doral, FL, golf course.

Mocking the Constitution he swore to uphold, President Trump’s G7 comments confirm what we have long known: Unless the courts expeditiously require the President to comply with the words of America’s founders, constitutional provisions like the Foreign Emoluments Clause soon will lose all practical effect, allowing presidents to profit from foreign governments without first obtaining the consent of Congress. And if that happens, the American people will no longer have any assurance that their president is making decisions based on the best interests of the nation, rather than on personal interests.

Meanwhile, the House of Representatives continues to issue subpoena after subpoena — for Trump tax records, records relating to his business interests, and testimony and records from administration officials — just to be ignored by Trump, his team, and his Republican supporters on Capitol Hill. In response to some of these, the House has delivered contempt citations, which are disregarded almost as soon as they’re issued. Congress risks sounding like the old Robin Williams joke, shouting at the President “Stop! Or we’ll say ‘Stop’ again!” as he walks away, effectively permitted to violate the law with impunity.

The American people witness this slow-motion erosion of the Constitution and wonder, rightly, if the president is ever going to be held accountable.

Trump seems incapable of being influenced through normal channels, whether that be concerns about his reputational integrity or basic appeals to his humanity. This makes the prospect of facing hard consequences for any criminal, unconstitutional, or otherwise reprehensible behavior even more vital. Anything short of actual punishment, or the credible threat of such punishment, is essentially a license to continue tearing at the fabric of the rule of law.

And this matters not just in terms of ensuring that no one — not even the president — is above the law, but also for the fundamental survival of our constitutional democracy. Every provision of the Constitution that is disregarded and disobeyed without consequence places the lasting protection of our rights and liberties at risk. Every order from Congress that goes effectively unenforced weakens the institution’s ability to protect the American people from corruption or other lawless behavior from the White House. Not just this White House, but every White House from here on that believes, as Trump proclaimed recently, that Article II of the Constitution gives him “the right to do whatever I want as president.”

That’s not how any of this is supposed to work. Article II of the Constitution does not make this or any president a king. And congressional subpoenas are not mere requests. They aren’t invitations or guidelines. When issued by the branch of government closest to the people — defined in that part of the Constitution President Trump apparently skipped over, Article I — such demands are to be met, full stop. When they are refused, as President Trump is doing, that branch of government designed to interpret and apply the law — the courts, set out in Article III — is meant and designed to enforce them.

The closeness of the presidential election in 2020 has prompted many to say that seeking to hold the Trump Administration accountable through any mechanism other than ballot box is pointless, or even harmful. But it is extremely dangerous to treat what this president and his administration are doing as merely the usual stuff of political disagreement, ultimately resolved by the tally of votes. This president has repeatedly ignored or violated the Constitution. The endless stream of corruption and lawlessness threatens eroding constitutional democracy to a breaking point. If we let it pass as politics as usual, we risk normalizing this disregard for our Constitution and reducing its power and authority.

If in the future Congress wants its constitutional powers of oversight to be taken as gravely as they should be, then leaders need to take concrete steps to enforce those powers immediately. Take Trump to court quickly. Ask the courts to act expeditiously, every single time.

Anything less, appallingly weakens the Congress as an institution, gravely undermines our constitutional democracy, and sets a terrible precedent: Future presidents may be able to get away with virtually any wrongdoing they commit while in office.

Adapted from Will Trump ever face consequences? in The Hill, July 31, 2019.