The Truman Committee and the Importance of Emergency Oversight 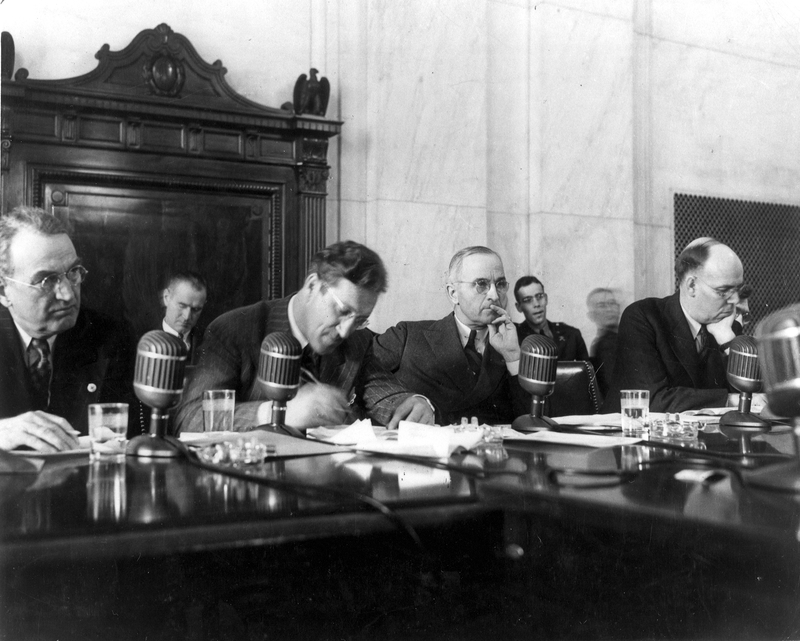 This blog was first posted on Take Care on April 6th, 2020

As implementation begins of the historic economic aid package passed in response to the COVID-19 pandemic, House Speaker Nancy Pelosi has announced a Select Committee on the Coronavirus Crisis. This bipartisan group is tasked with “ensur[ing] that the over $2 trillion that Congress has dedicated to this battle – and any additional funds Congress provides in future legislation – are spent wisely and effectively.”

In her letter to all House members, Pelosi compared the Select Committee to a World War II era committee led by then-Senator Harry S. Truman. For its work rooting out corruption and fraud, Pelosi called the Truman Committee a “tremendous investment for taxpayers.”

She’s right.  And that Committee should be a model for oversight efforts today—both because of its successes and because it underscores that vigorous congressional oversight is no less critical in times of crisis than at other times.  If anything, it is more critical.

On February 10, 1941, Truman delivered a speech to the U.S. Senate raising questions about waste, fraud, and abuse in the government’s dealings with private manufacturers and calling in plain terms for an investigatory committee: “I am merely stating what I believe to be conditions that deserve investigation. If nothing is wrong, there will be no harm done. If something is wrong, it ought to be brought to light.”

Truman’s call for investigation was prompted, at least in part, by his time touring manufacturing facilities across the country, documenting their efficacy and mapping out the distribution of US Army and Navy contracts awarded to private industry. He had also collected testimonials from across the country, detailing fraudulent and corrupt dealings in the awarding of contracts, details of which he shared thoroughly with his Senate colleagues.

For example, he noted that a fixed-fee contract with Chrysler appeared favorable to the government because the construction fee paid was only $1, but in reality, Chrysler had sole oversight of the factories they operated on the government’s behalf. The result: Chrysler could charge exorbitant prices per tank that no outside actor could verify.

And he pointed out that the Remington Company, a manufacturer of firearms and ammunition, “gets $600,000 for acting as advisers to the Government. No one knows what this advice is or what it is worth.”

But large dollar contracts were not all that caught Truman’s attention. The parasitic activity of companies not even providing the government with real services were much more upsetting. Truman read the Senate a letter from the Secretary of the Navy commending Barry & Wood, a contracting company in NY, for its patriotic service. This “service,” as Truman pointed out, was simply lining up subcontractors who would provide the actual needs of the government and demanding a fee by selling their own “influence” with the Navy Dept.

To Truman, “public funds [were] sacred funds,” and there ought to be “every safeguard possible to prevent their being misused and mishandled.”

Some inside the US military disapproved of the committee, claiming it would provide unnecessary obstacles to their production efforts in already trying times.

But in Truman’s view, the state of emergency was all the more reason to conduct vigorous oversight. Truman and those in favor of proactive oversight won out and the Committee was voted into existence on February 13, 1941 via Senate Resolution 71. And in the years that followed it was, while not perfect, remarkably successful in aiding the war effort precisely because it uncovered corruption and inefficiencies that would otherwise have undermined successful prosecution of the war.

Before Pearl Harbor, the Truman Committee’s primary responsibility was looking into contracts arising from the nearly $10.5 billion Congress had already appropriated to ramp up defense efforts.

The Committee uncovered fraud in the construction of a number of housing projects, including a project at Indiantown Gap, PA, that cost the government ten times its original estimate, and a project at Camp Blanding in Florida, in which contractors violated their agreement with the government by hiring subcontractors and doubling their profits.

Once the United States formally entered the war, the Committee occupied a more delicate position, looking out for the public interest without hamstringing military efforts. But that tightrope walk did not stop the Committee from, for example, bringing forward whistleblowers, some of whom helped the Senate expose manufacturers supplying shoddy materials to the US military.

All told, modern estimates suggest the Committee saved countless lives and as much as $15 billion (in 1940s dollars) in taxpayer money.

As the nation now wages war against a global pandemic, the history of this Committee provides two important reminders: periods of crisis are rife with opportunities for misconduct, and those opportunities make oversight to root out that misconduct all the more important.