Unmasking the “Pretextualism” In the Mask Mandate Case 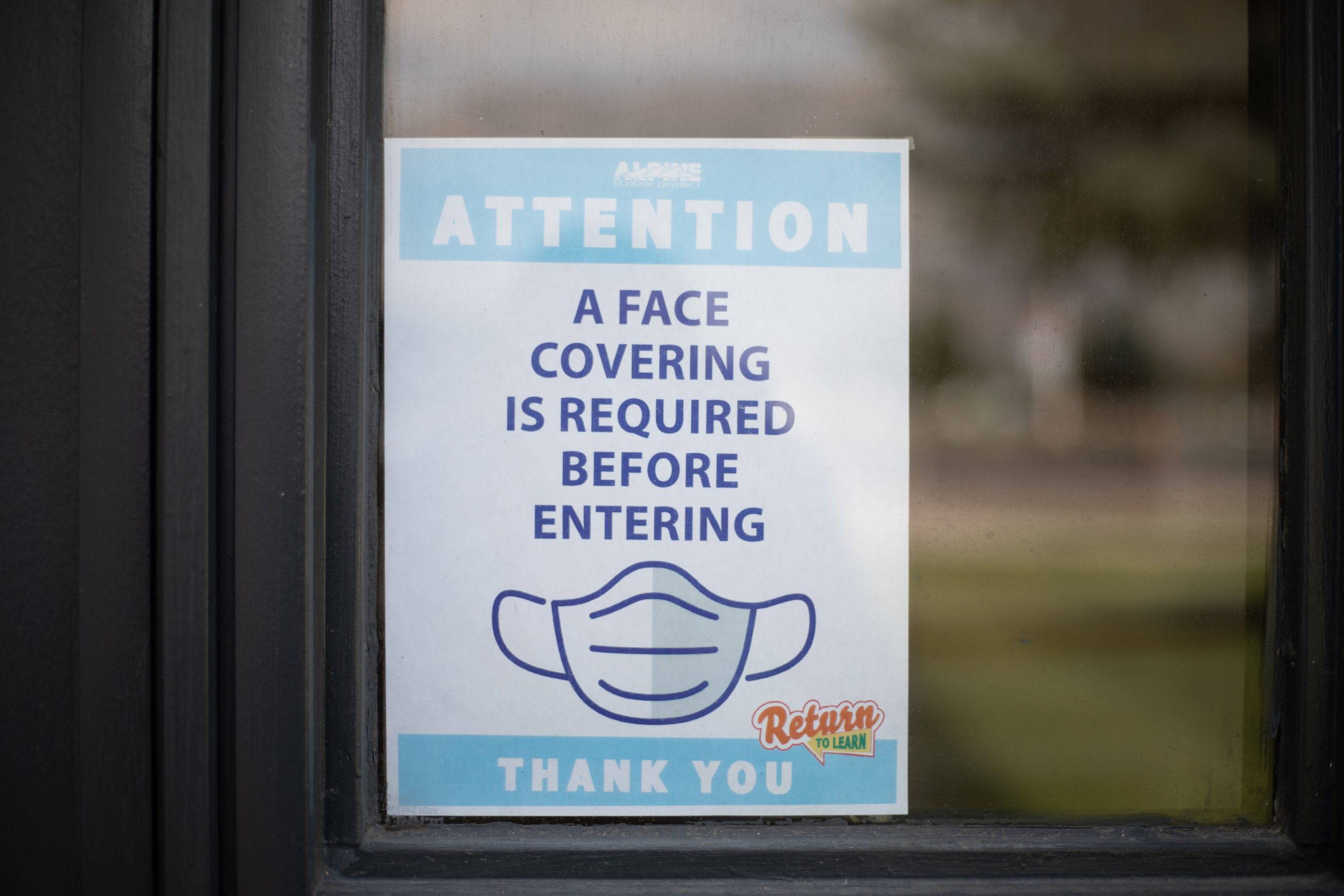 For over a year, to help limit the spread of COVID-19, the Centers for Disease Control and Prevention (CDC) has required that most people wear a mask while traveling on planes, trains, mass transit, and ride-sharing services. On April 18, that federal mandate was blocked by Judge Kathryn Kimball Mizelle, a federal district court judge for the Middle District of Florida. According to Judge Mizelle, the statute authorizing the CDC to issue regulations that are “necessary to prevent the introduction, transmission, or spread of communicable diseases” does not include the authority to mandate masks in public transportation. This decision is a classic example of what we at CAC call “pretextualism,” where conservatives purport to adhere to textualism but instead distort or selectively analyze the text of a statute to achieve conservative ends. And in doing so, the district court plunged our nation’s COVID-19 safety protocols into chaos, just as cases of the highly contagious BA.2 Omicron subvariant are on the rise across the country. Fortunately, the federal government has decided to appeal this decision, and if the court of appeals follows the law, the government should win.

The Public Health Services Act of 1944 (PHSA), in a section now codified at 42 U.S.C. § 264(a),  authorizes the CDC to “make and enforce such regulations as in [its] judgment are necessary to prevent the introduction, transmission, or spread of communicable diseases from foreign countries into States or possessions, or from one State or possession into any other State or possession.” That provision then provides some illustrative examples of the types of actions that the CDC may take to “prevent the . . . spread of communicable diseases”: “[f]or purposes of carrying out and enforcing such regulations,” the CDC “may provide for such inspection, fumigation, disinfection, sanitation, pest extermination, destruction of animals or articles found to be so infected or contaminated as to be sources of dangerous infection to human beings, and other measures, as in [the CDC’s] judgment may be necessary.”

One look at this statute should have been the end of the analysis. On its face, the law plainly authorizes the CDC to act to “prevent the . . . spread of communicable diseases,” and that is exactly what the mask mandate does. Instead of affording that provision its plain meaning, the district court went to great lengths to conclude that the statute only authorizes “sanitation” measures that involve literal cleaning. The district court began its strained analysis by reasoning that the second sentence of the statute, which lists certain actions the CDC may require, strictly limits the broad authority granted by the first sentence. In the district court’s view, the mask mandate is only permissible if it can fit in one of the specific actions listed in the second sentence. In so doing, the court effectively wished away an entire sentence of the law giving the CDC broad authority to take exactly the action it took here.

That reasoning throws textualism to the wayside. To start, the district court concocted a conflict between “making” something sanitary and “keeping” something sanitary. But those ideas aren’t mutually exclusive. They are both encompassed within the meaning of “sanitation.” That’s like saying the Department of Education can only adopt education policies that facilitate students learning new things, not policies that help them remember what they’ve learned. Or that the Department of Homeland Security can only keep the country secure by taking action at our nation’s borders, not taking steps to mitigate existing security threats within the country.

And even if the narrower, “rendering sanitary” understanding excluded measures like masks, there is no legal basis for the district court to just pick that definition. The district court attempted to link its choice to ordinary interpretive methods by invoking the canon of noscitur a sociis—the idea that a word takes its meaning from the company it keeps. The district court argued that the meaning of the term sanitation is limited by the other words that appear in the statute – “inspection, fumigation, disinfection, . . . extermination,” and “destruction.” But the Supreme Court has long cautioned against over-reliance on noscitur a sociis to “rob” a word in a statute of “its independent and ordinary significance.” It has been especially wary of doing so when “it is not apparent what common attribute connects the specific items” listed in the statute. Here, the district court claimed the common attribute is that each measure listed in the statute “change[s] an object’s status.” But that’s obviously not true. Nothing about “inspection” changes an object’s status. Further, “disinfection” can be, and indeed often is, a preventative measure.

To the extent there is a common attribute among these terms, it is one that accords with the plain meaning of sanitation: disease prevention. Whereas the district court “would require Congress to clarify its intent” for the word “sanitation” to encompass ordinary hygiene measures “by adding phrases such as” measures designed to prevent the spread of disease, there is “no reason to demand that Congress write less economically and more repetitiously,” as the Supreme Court has put it.

Finally, even if the term “sanitation” really could be divided into these two different meanings, there is no reason that the definition the district court chose to elevate would exclude a measure like requiring masks. Wearing masks unquestionably helps to render an area sanitary by limiting the “emission of virus-laden droplets,” as the CDC put it.

The CDC Can Issue Disease Prevention Regulations Aimed at People, Not Just Property

And the district court also says that the words in subsection (a) are “not commonly used to describe what one does to a person.” Anyone who has ever crossed the border would be surprised to learn that persons are not subject to “inspection.” And anyone who has ever disinfected a wound knows that you can certainly “disinfect” a person.

Adding insult to injury, the district court concluded that adopting its strained interpretation of Section 264 helped avoid a collision with a legal doctrine called “major questions” and with principles of federalism. But Section 264 implicates neither.

While the precise contours and application of the major questions doctrine seem to befuddle even the Supreme Court, the major questions doctrine is sometimes invoked to support the idea that the absence of a clear statement of authorization from Congress on matters of great economic or political significance is damning to any agency action on the matter. This supposed doctrine is premised on the notion that the Constitution provides a strict prohibition on delegations of legislative authority. As CAC has explained in multiple briefs, including one on behalf of one of the leading scholars on this issue, this is a faulty premise. Under the original understanding of the Constitution, there is no such prohibition. At the time of the Founding, legislative authority was understood to be inherently delegable, and in the years immediately following ratification, Congress approved sweeping delegations of policymaking authority over the most crucial issues facing the young nation, including foreign commerce, patent rights, taxation, pensions, refinancing the national debt, regulating federal territories, raising armies, and calling up the militia.

But even if some version of a major questions doctrine were justified, it would have no relevance in this case. Section 264 is explicitly broad. It states not once but twice that the CDC is empowered to issue regulations that in its judgment are necessary to prevent the transmission of communicable diseases. There is no question that it authorizes regulations of great economic and political significance, including some that would be much more burdensome than a mask mandate such as the destruction of property or the extermination of animals.

The district court’s federalism analysis does not fare any better. According to the court, because the regulation of public health is a power traditionally wielded by state and local authorities, Congress would have to make its intention to invade that domain “unmistakably clear.” But again, that reasoning rests on the flawed premise that the mask mandate invades state authority. To the contrary, the mask mandate principally, if not exclusively, reaches instrumentalities and channels of interstate commerce, areas that the Supreme Court has long recognized reside well within Congress’s commerce power.

Moreover, Congress plainly has the authority under the Commerce Clause to address issues of national concern that cannot be effectively addressed by individual states. Recall that the  Framers drafted the Constitution after nearly a decade of living under the failed Articles of Confederation, which created a central government so weak it was unable to coordinate responses to issues of national concern. The core of the Virginia Plan, the Framers’ blueprint for drafting the Constitution, was the principle that Congress should have authority to “legislate in all Cases for the general Interests of the Union, and also in those Cases to which the States are separately incompetent.” To that end, the Framers drafted the Commerce Clause, using a term that at the time had a broad definition—“commerce”—to cover not just trade and other economic transactions, but a broader set of interrelated activities and affairs that require a coordinated, centralized response.

A pandemic is a quintessential matter of national concern—something that cannot be contained by state borders and that requires a centralized response. It has killed nearly a million Americans and had a major impact on the national economy.  The mask mandate does not invade the authority of the states; it helps them accomplish something that they are incapable of accomplishing on their own. This is precisely the type of problem the Framers empowered Congress to address.

In short, ordinary principles of statutory interpretation and the original understanding of the Constitution all confirm that the CDC had the authority to issue the mask mandate. The district court’s decision purports to be driven by the text (whether statutory or constitutional), but instead is fueled by pretext.  The district court’s decision is plainly wrong, and we are all less safe as a result. When the court of appeals reviews this decision, it should reverse.