What Will Chief Justice Roberts Do? 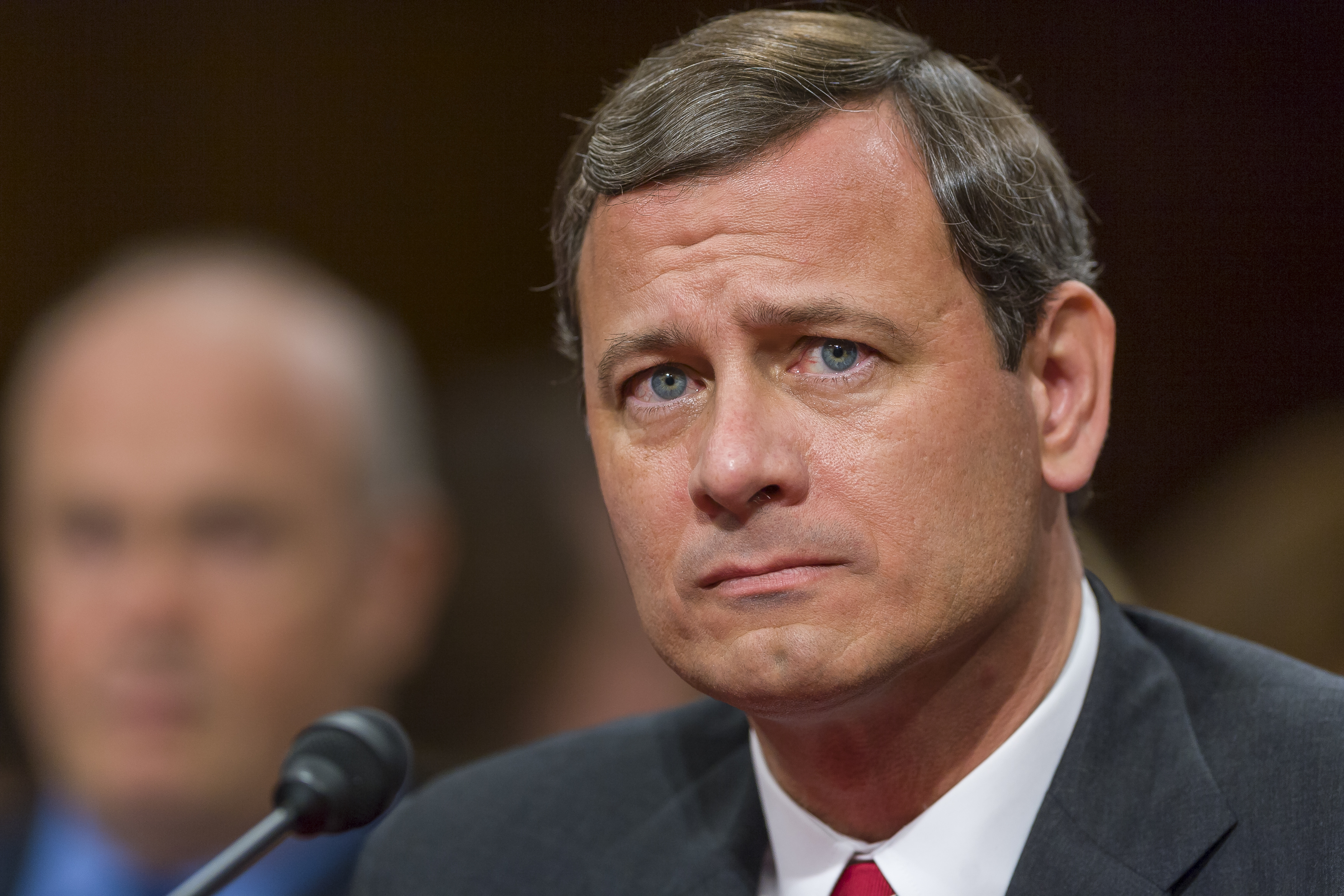 June is an incredibly busy time for those of us participating in major cases pending before the Supreme Court. Typically, the most high-profile and most difficult-to-decide cases are not ruled on until this month, and often not until the last week. This Term, issues are at stake from the future of the U.S. Census, to the Constitution’s Double Jeopardy Clause, to the ability of voters to choose their representatives rather than the other way around. As the justices labor in their chambers, however, they do so at a particularly fraught moment in our country’s history.

From the current occupant of the White House, we witness threats to the rule of law, the stability of our constitutional democracy, even the practice of common decency to our fellow human beings, on a near-daily basis. Placing children in cages. Blocking people from entering the country because of their race or

religion. Barring transgender people from serving in our military. Attacking the courts and impartial, fair law enforcement. Rigging the process by which the Constitution commands all persons in America be counted, and through which votes and government resources are apportioned and allocated.

And all of that is in addition to whatever obstruction of justice and flirting with foreign influence in our election was described in the Mueller Report.

These threats cannot be ignored or set aside — at least not without the American people paying a dear price. The strength of our people, and the institutions built to serve us, instead must confront these challenges, resolve them in favor of the rule of law, and reinforce the bedrock values of our amended Constitution: equality, inclusion, fairness. Defining the Supreme Court’s place in these trying times is the responsibility of Chief Justice John Roberts. But try as he might—and some might question whether he is trying hard enough lately—Roberts is in danger of losing his battle to keep the court he leads divorced from politics.

“The majesty of the national authority,” as Alexander Hamilton wrote, “must be manifested through the medium of the courts of justice.” Sadly, there’s been precious little majesty here in Washington these days. While it’s true that the Supreme Court is rated higher than President Trump or Congress, that’s a bar low enough to skip over. America’s founders set that bar much higher, and for decades the American people believed the court cleared it with ease. Not anymore.

A recent Quinnipiac poll tells the tale, with nearly 60% of voters now seeing the justices as “too influenced by politics.” In fact, actions by President Donald Trump and his administration have made Roberts’ position more decisive than at any time in his nearly 15 years on the court. President Trump, it seems, views the Roberts court as his potential “get out of jail free” card, recently tweeting that if he were impeached under the Constitution he would look to the Supreme Court to bail him out.

While the President continues to not know how the Constitution works, he is unfortunately not necessarily wrong to look to the Roberts court for relief. It has been the place where some of his most outrageous policy actions have been resurrected.

At the end of last term, the conservative justices were willing to pretend that Trump’s Muslim travel and refugee ban wasn’t based on anti-Muslim animus, despite the President’s clear statements to the contrary. And now this term, it looks possible that the conservative justices who hold a majority on the court will pretend that the Trump administration’s addition of a citizenship question to the Census is something other than an attempt to discourage and intimidate immigrants and people of color.

Given the fundamental challenges to our democracy currently confronting his court—with more on the horizon—the question is, what will Chief Justice Roberts do?

At this historic crossroads, his choice is straightforward. He can turn right— ignoring the majority of Americans who worry the court is too influenced by politics and the evidence that people are more likely to see the court as “too conservative” rather than “too liberal”—and plow ahead with the Republican legal project, giving Trump the rubber stamp he seems to want in the Supreme Court.

Or Roberts can look straight ahead, remembering his caution that, “The court has, from time to time, erred and erred greatly. But when it has, it has been because the court yielded to political pressure.” By heeding that caution, which points toward the Constitution’s text, history, and values, he can steer the Court away from the activist conservative extreme and back toward the middle of the road.

Such prudence with the Court’s legitimacy is even more warranted now, if that were possible, given the constant chatter among observers about the possibility of a new vacancy in the next year or two—with attention focusing most often on Justices Ruth Bader Ginsburg and Clarence Thomas. While Justice Ginsburg maintains a workout regimen that would break many people half her age, even as Justice Thomas emphatically denies any intention of stepping down soon, if ever, that doesn’t stop the churn of the rumor mill. All that said, in the unlikely event a vacancy does arise, all of us should be extremely concerned—Chief Justice Roberts most of all—given President Trump’s clearly stated litmus tests on abortion, guns, and other issues, underscoring his desire for judges to be “loyal” to him.

Under such circumstances, for John Roberts to have any hope of saving the institution he leads from politics, he would have to take far more aggressive measures than issuing a quote to the press (and only then after being asked).

To be sure, none but a handful of fringe observers will ever mistake John Roberts for a moderate, much less a liberal. But as battles over the character of our democracy reach the court—many focusing on President Trump and his administration—the choice between exalting the rule of law and indulging conservative ideology, pushed by a demonstrably lawless President, should be a clear one.