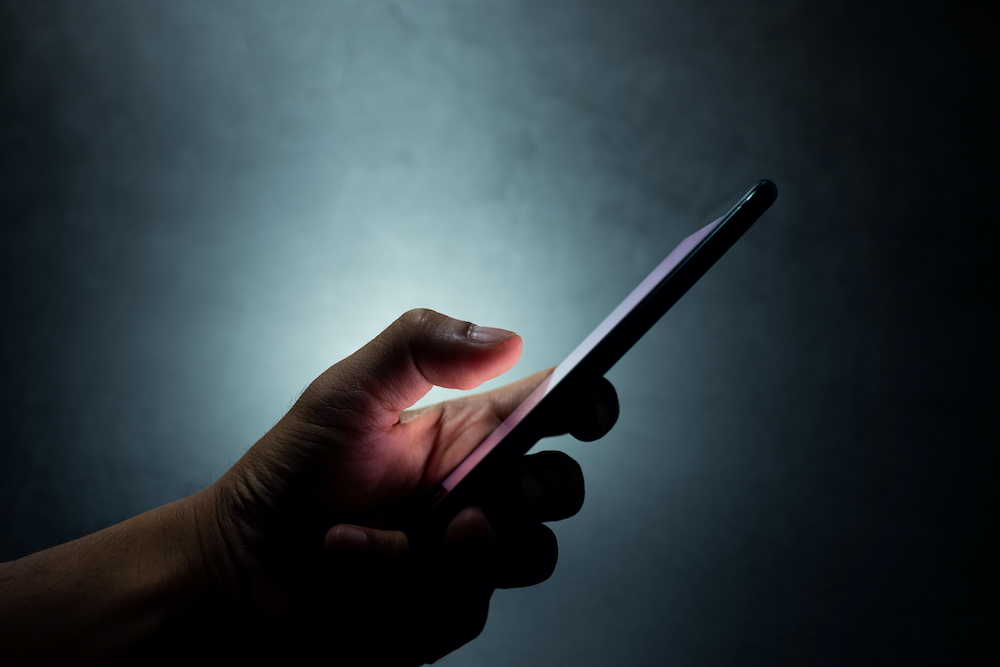 This week the Supreme Court will consider whether to hear Merchant v. Mayorkas, a case that asks whether the government can undercut the Fourth Amendment’s privacy guarantees by allowing border agents unfettered access to cell phones and other electronic devices.

The constitutional right to be secure in one’s papers—which today include digital files stored on electronic devices—is at the core of the Fourth Amendment, but the government policy at issue in this case allows border agents to search through vast swaths of personal data without suspicion of contraband or criminal activity, let alone a warrant. The Supreme Court has an opportunity to put an end to this intrusive policy and to reassert the Fourth Amendment’s guarantee of an individual right against unreasonable searches, even at international borders. CAC filed a brief urging the Court to grant the petition in Merchant v. Mayorkas and hear the case in order to do just that.

The petitioners in Merchant, all U.S. citizens, were subjected to highly invasive and warrantless searches of their electronic devices when traveling across U.S. borders. In one instance, a petitioner objected to a Customs and Border Patrol (CBP) search because she knew that her phone contained private photos of her without the headscarf she wears in public for religious purposes. In another, a petitioner had his laptop, smartphone, and digital camera seized by Immigration and Customs Enforcement (ICE) officers who extracted SIM card data from the devices and kept them for 56 days. In the end, none of the petitioners were accused of any wrongdoing. Collectively, they sued the leadership of the Department of Homeland Security (DHS), CBP, and ICE, alleging that those agencies’ policies led to violations of their Fourth Amendment rights.

A U.S. district court ruled in favor of the petitioners, but on appeal the U.S. Court of Appeals for the First Circuit joined several other courts of appeals in holding that border agents may review the material stored on international travelers’ devices without a warrant, probable cause, or even reasonable suspicion of a crime. Further, the First Circuit held that border agents do not even need to be searching for illegal materials stored on these devices. Instead, the court ruled, they may search for evidence of any possible violation of the many laws that the customs and immigration agencies help enforce—which include laws concerning finance and trade, intellectual property rights, food and drug safety, and agriculture—all without a warrant or reasonable suspicion. As noted above, the First Circuit’s ruling was not an aberration. Only the Ninth Circuit has said that searches must be targeted toward finding digital contraband, rather than searching more broadly for any evidence of border-related crimes.

The petitioners have asked the Supreme Court to review the First Circuit’s decision, and CAC filed a brief in support of that request. Our brief argues that the government’s policy allowing sweeping and invasive searches of its citizens without probable cause cannot be squared with the protections guaranteed by the Fourth Amendment.

We explain that English common law established the privileged status of private papers from searches and seizures when the British government attempted to crack down on publications it considered seditious. The American colonists—who were engaged in their own battle against general warrants that allowed British officers to harass them indiscriminately—took note of these legal developments and celebrated their new protections against searches and seizures. The framers of the Constitution then enshrined the special status of papers in the Fourth Amendment. In the centuries since, the Supreme Court has repeatedly affirmed the special protection that private papers enjoy, acknowledging the unique harms that occur when their contents are exposed to the government.

In 2021, when the entire contents of one’s private life—photos, personal notes, professional communications, and the like— can be contained within the files on cell phones, laptops, and other electronic devices, those harms are only amplified. As private files have become increasingly consolidated on personal devices, the government’s vast power to search those devices at the country’s borders has strayed further and further from the border search doctrine that originally allowed warrantless searches in “routine” border inspections.

Our brief argues that today’s border exception to the warrant requirement has expanded far beyond its original scope, which allowed routine sorting through physical bags to confiscate prohibited items.

Because searches of electronic devices are so intrusive, and because the Fourth Amendment explicitly guarantees the security of “papers” from unreasonable intrusions, our brief argues that border searches of electronic devices require probable cause and a warrant. At a minimum, these searches should require reasonable suspicion that a device contains digital contraband. Such a limit would tether the border search exception to its original purpose of stopping the flow of contraband across borders, as well as reasserting the special status of personal papers as required by the Fourth Amendment.

The U.S. government’s border search policy today allows border agents to dig into the minutiae of citizens’ private lives in search of evidence of misdeeds in any number of areas. In many searches, like the ones here, individuals will never be accused of any wrongdoing. Yet the harms resulting from the disclosure of private information to probing and unwanted government eyes cannot be undone. The solution is simple–the Court should grant the petition in Merchant v. Mayorkas and hold that the government does not have free rein to intrude on the private lives of its citizens, whether at home or crossing borders.

CNN
CNN — The US Supreme Court is considering a case that could change the broad immunity from...
Criminal Justice
U.S. Supreme Court

In Concepcion v. United States, the Supreme Court is considering whether a district court must take account of intervening legal and factual developments when exercising its authority to “impose a reduced sentence” under Section 404(b)...
Criminal Justice
October 29, 2021

The Shadow Docket and Police Accountability

The shadow docket strikes again.  This time the Roberts Court has dispensed with its regular...
By: David H. Gans
Criminal Justice
October 5, 2021