How the Trump Administration is Evading Senate Advice and Consent 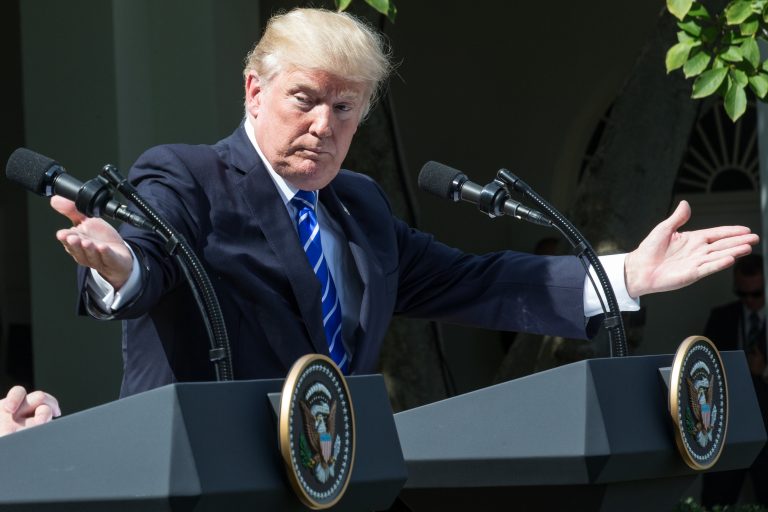 Today marks the one-year anniversary of the resignation of Kirstjen Nielsen as Secretary of the Department of Homeland Security (DHS).  Yet a year later, President Trump still has not made a nomination to fill this critical position in the federal government.  Instead, he’s been relying on acting officials, proving yet again that he wasn’t kidding when he proclaimed that he “like[s] acting [officials]” because they give him more “flexibility.”  The President may prefer acting officials, but the U.S. Constitution does not.  And the President’s reliance on them to fill positions throughout the federal government is a deeply troubling evasion of the Senate’s constitutionally prescribed advice-and-consent role.

The Appointments Clause of the Constitution, which governs the appointment of the Secretary of Homeland Security, requires the President to obtain “the Advice and Consent of the Senate” in order to “appoint Ambassadors, other public Ministers and Consuls, Judges of the supreme Court, and all other Officers of the United States, whose Appointments are not herein otherwise provided for, and which shall be established by Law.”  As Alexander Hamilton explained in The Federalist No. 76, the Framers imposed this requirement because they recognized that giving the President the “sole disposition of offices” would result in a Cabinet “governed much more by his private inclinations and interests” than by the public good.

Kirstjen Nielsen resigned as Secretary of Homeland Security on April 10, 2019, and President Trump never made a nomination to fill the position.  Under the time constraints imposed by the FVRA, this means that the position of Secretary of Homeland Security could not be filled by an acting official after November 6, 2019.  Yet two different individuals have purportedly served as Acting Homeland Security Secretary since that date, and Chad Wolf continues to purport to hold that office today.  That’s illegal, and it casts a cloud of uncertainty over all of the actions he’s taken in that role because actions taken by a person who is illegally serving as an acting officer are void and have no legal force or effect.

And the top post at DHS is hardly the only DHS position that’s been filled by an acting official—nor is it the only one in which an acting official has served illegally.  In February 2020, our organization the Constitutional Accountability Center, along with co-counsel at Protect Democracy, filed a lawsuit challenging a harmful new policy adopted by the unlawfully serving Acting Director of U.S. Immigration and Customs Enforcement (ICE).

One week before President Trump’s inauguration, the Senate-confirmed Director of ICE retired.  In the more than three years since, ICE has not had a Senate-confirmed Director.   Instead, the position has been filled by acting officials.  And while the President has made nominations to fill the position, the second of those nominations was returned to the President on January 3, 2019.  Thus, under the FVRA’s time limits, the office of ICE Director could not be filled by an acting official after August 1, 2019.

But Matthew Albence—as Acting Director of ICE—issued a change in the policy governing how applications for stays of deportation filed by certain noncitizen crime victims are processed.  Under the U-visa program created by Congress, certain immigrant survivors of crimes such as domestic violence and sexual assault are allowed to remain in the United States if they help law enforcement investigate or prosecute those crimes.  While individual applicants were previously granted a stay of deportation if they had filed a proper U-visa application that established prima facie eligibility for a U visa and no “adverse conditions” (for example, national security concerns) existed, under the new directive, people who meet these standards are no longer protected from deportation, making them much more likely to be deported as they await a decision on their U-visa applications.  Because Albence issued this directive while illegally performing the role of Acting Director, this change in policy is void.

The Constitution’s Appointments Clause provides a critical check on a President in determining who fills the most important positions in the executive branch, and while the FVRA provides a President some latitude to have people temporarily fill those positions, it does not give President Trump nearly as much latitude as he seems to think.  But in this area, as in so many others, the President seems to think the regular rules don’t apply to him.  That means the Senate can’t do its job, which includes helping to ensure that the people filling the top positions in the federal government are the ones best able to do their jobs on behalf of the American people.