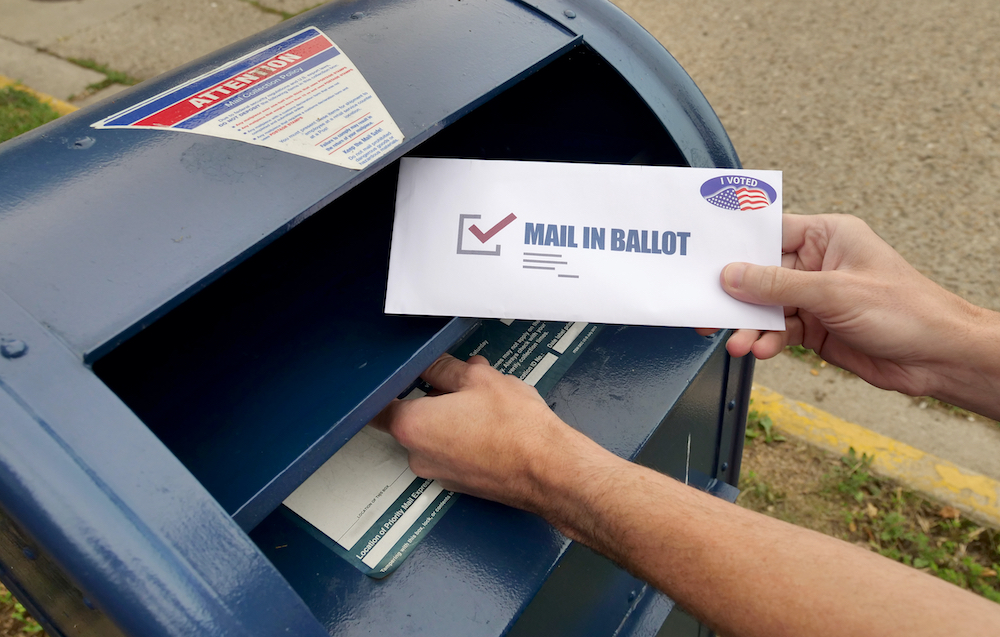 This week, the Supreme Court will consider whether to hear a case called Tully v. Okeson.  In this case out of Indiana, challengers allege that a vote-by-mail law providing certain voting opportunities to older voters without providing those same opportunities to younger voters violates the Twenty-Sixth Amendment. The lower court decision, holding that the law is constitutional, is wrong. If allowed to stand, it could have major adverse implications for voting rights more broadly. The Supreme Court should hear this case.

In Tully, nine individual Indiana voters under the age of 65, along with the nonprofit organization Indiana Votes by Mail, Inc., are challenging an Indiana law that allows voters 65 and older to vote by mail without excuse, but does not allow voters under 65 that same opportunity. The plaintiffs argue that the Twenty-Sixth Amendment to the U.S. Constitution, which guarantees that the right to vote of all citizens eighteen and older “shall not be denied or abridged” by any state “on account of age,” expressly prohibits such laws.

The plaintiffs are right because, as we explain in our brief, the text and history of the Twenty-Sixth Amendment prohibit laws that deny equal voting opportunities to voters on account of age. Beyond simply extending voting rights to previously disenfranchised young adults, the broad language of the Twenty-Sixth amendment expressly forbids age discrimination in voting in the same manner the Fifteenth and Nineteenth Amendments outlaw discrimination in voting on the basis of race and sex. Indeed, the framers of the Twenty-Sixth Amendment intentionally modeled its language on the robust guarantees of those amendments.

Specifically, the Twenty-Sixth Amendment, like the Fifteenth and Nineteenth Amendments, prohibits not just denial of the right to vote, but all forms of abridgement of that right as well. By prohibiting any abridgement of the right to vote, these amendments ensure that once eligible to vote, no citizen may have fewer voting opportunities than another because of their race, sex, or age. This understanding of the word “abridge” in the Constitution’s text and history leads to a simple conclusion: because the Indiana vote-by-mail law denies younger voters opportunities made available to older voters, it should be held unconstitutional.

The Seventh Circuit also urged younger voters to look to the Fourteenth Amendment, rather than the Twenty-Sixth, to seek protection from discriminatory voting laws. But this too was wrong. Indeed, that conclusion ignored a critical aspect of the Twenty-Sixth Amendment’s history: it was adopted in direct response to a Supreme Court decision that interpreted the Fourteenth Amendment to give states the freedom to treat voters differently based on age.

In short, if the Seventh Circuit’s reasoning were to be adopted elsewhere, it would seriously curtail the scope of not only the Twenty-Sixth Amendment, but all of the voting rights amendments.  Such an outcome would be disastrous for voting rights nationwide at a time when those rights are already under assault.  Tully v. Okeson provides the Court with an important opportunity to ensure that the Twenty-Sixth Amendment is applied as robustly as its text and history require, and the Court should hear the case.

How Wisconsin voters are reacting to the Jan. 6 committee revelations about Trump

RADIO/PODCAST (Bloomberg): What We Might Learn in the Affidavit for Trump Search

In Merrill v. Milligan and Merrill v. Caster, the Supreme Court is considering whether Alabama’s 2021 redistricting plan for its congressional districts violates Section 2 of the Voting Rights Act.
Voting Rights and Democracy
July 15, 2022

Is the Supreme Court standing as a beacon for democracy or plotting its downfall?

In Greene v. Raffensperger, the Eleventh Circuit is considering whether Georgia can adjudicate a challenge brought by voters alleging that Representative Marjorie Taylor Greene is not constitutionally qualified to hold office under Section Three of...
Voting Rights and Democracy
May 25, 2022

USA Today
WASHINGTON – The Supreme Court on Monday sided with Texas Sen. Ted Cruz over a federal law that...
By: Miriam Becker-Cohen, By John Fritze