The Contraceptive Mandate Returns to the Court for a Third Time 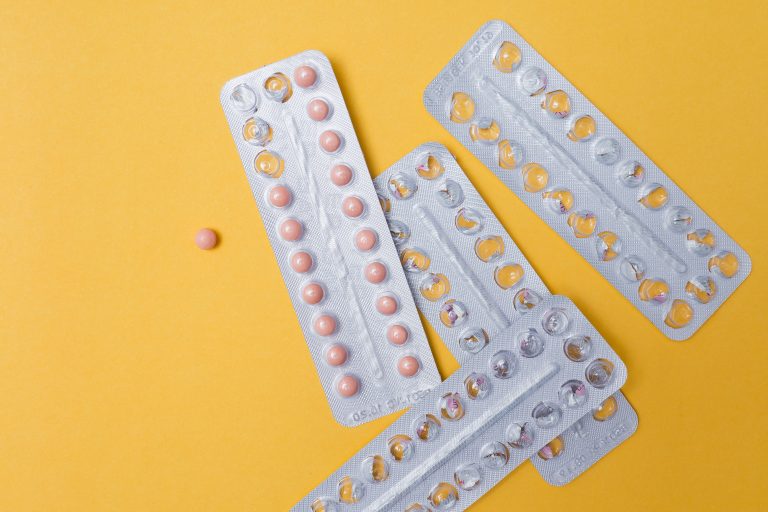 Since President Trump entered office, his Administration has relentlessly sought to undermine the Patient Protection and Affordable Care Act (ACA), a landmark law passed in 2010 to increase the number of Americans covered by health insurance, decrease the costs of health care, and provide important protections to health care consumers. Among other things, the Trump Administration promulgated a new rule designed to undermine the ACA’s contraceptive mandate, which ensures fair and equal coverage for reproductive health. The future of this rule is currently pending before the Supreme Court for a third time, in a case called Little Sisters of the Poor v. Commonwealth of Pennsylvania, adding to the rule’s complicated history before the Roberts Court.

The ACA contraceptive mandate was first implemented during the Obama administration in the form of Health and Human Services (HHS) regulations. These regulations required insurers and group health plans to cover contraceptive services without cost sharing by patients, and contained an accommodation for religious organizations that had religious objections to providing contraceptive coverage.  Under the accommodation, employers could opt out and insurance issuers would provide contraceptive coverage separately from an individual’s employer. In Hobby Lobby v. Burwell, the Supreme Court held that the accommodation had to be extended to closely-held, for-profit secular corporations to comply with the Religious Freedom Restoration Act (RFRA). Two years later, the accommodation returned to the Court in Zubik v. Burwell.  The question in that case was whether the accommodation substantially burdened religious non-profit employers’ religious exercise under RFRA. The Court issued a per curiam opinion and instructed the courts below to afford the parties an opportunity to arrive at an approach that accommodated religious exercise while also ensuring full and equal health coverage.

Now the contraceptive mandate is back at the Supreme Court, as a result of interim final rules promulgated by the Department of Labor, the Department of the Treasury, and HHS in 2017. These rules make the contraceptive mandate’s religious accommodation process optional for objecting employers and provide an unconditional exemption from the contraceptive coverage requirement for not-for-profit, educational, and for-profit employers whose owners possess sincere religious or moral objections to contraception. Following the promulgation of these rules, several Democratic Attorneys General sued, arguing that these rules violate the Administrative Procedure Act.  In defense of the unconditional exemption, a Catholic order of nuns called Little Sisters of the Poor, with the support of the Trump administration, argue that the religious accommodation process violates RFRA and that an unconditional exemption is necessary to comply with RFRA.

The sweeping arguments for a complete religious exemption cannot be squared with the constitutional guarantee of free exercise, as reflected in centuries of historical practice.  As CAC’s amicus brief on behalf of military historians demonstrates, accommodations of the sort contained in the ACA’s regulations represent a longstanding method of ensuring religious liberty while also protecting the rights of third parties and furthering important governmental purposes. Conscientious objector provisions figured prominently in debates over the Bill of Rights, were present in numerous Revolutionary-era state constitutions, and have existed in federal draft laws since the Civil War.  In the context of military service, free exercise never required an unconditional exemption.

For example, during the American Revolution and after, numerous states required conscientious objectors to pay a sum of money to furnish a substitute or required officials to locate substitutes. Likewise, federal draft laws from the civil war until today always have required a religious objector to perform an alternative service, such as serve in hospitals or pay a sum of money to the nation.  Free exercise principles never were understood to demand an unconditional religious exemption.

Our brief on behalf of scholars in the field of military history examines that history and demonstrates that what Little Sisters and other challengers of the accommodation suggest is an impermissible burden on free exercise is, in reality, a historically a common practice—accommodating conscientious objectors by shifting their obligations to third parties who do not share that objection.  In fact, religious accommodations have often required religious objectors to play a far more active role in shifting that responsibility than does the accommodation here, for example requiring religious objectors opposed to war to pay for a substitute to serve or take some other action to satisfy the important interests of the government.

For these reasons, the Supreme Court should hold that the Trump administration’s interim final rule should be set aside because it cannot be justified by the need to comply with RFRA.  In other words, under RFRA, the accommodation is lawful. When government acts to accommodate religion by allowing religious objectors to opt out of their legal duties and allow those obligations to be performed by third parties—as it has done for more than two hundred years in the context of military service—it respects the guarantee of the free exercise of religion, while protecting the rights of third parties and the interests of the government.

#PurpleChairChat Episode 4: Free Speech and Equality in the Digital Age

RELEASE: NEW ISSUE BRIEF: Speech and Its Relationship to Equality: Constitutional Values in the Digital Age

“When confronting lies, hate, and harmful propaganda online—which we can expect to reach a fever...
By: David H. Gans
Civil and Human Rights
May 21, 2020

ISSUE BRIEF: Speech and Its Relationship to Equality: Constitutional Values in the Digital Age

Understanding the constitutional duty to strike a balance between speech and equality can help inform...
By: David H. Gans
Civil and Human Rights
U.S. Supreme Court

In Little Sisters of the Poor v. Pennsylvania and Trump v. Pennsylvania, the Supreme Court is considering whether agency rules, which provide an unconditional religious exemption from the Affordable Care Act’s contraceptive coverage requirement to not-for-profit,...
Civil and Human Rights
February 29, 2020

The Hill
Measures like Louisiana’s are simply “arbitrary ways to make it harder for patients to obtain...
By: David H. Gans, By John Kruzel
Civil and Human Rights
March 23, 2020

WASHINGTON – On news this morning of the Supreme Court’s ruling in Allen v. Cooper,...
By: David H. Gans, Dayna Zolle