To Restore Accountability for Police Abuse, Reform of “Qualified Immunity” Is Overdue 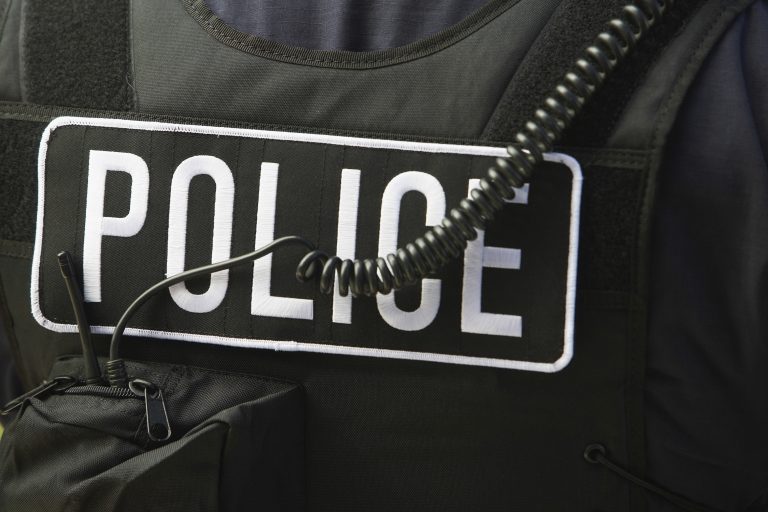 Whenever the Senate holds confirmation hearings to fill a Supreme Court vacancy, nominees invariably profess that a Justice’s role is to interpret the laws and the Constitution as written, not to rule based on their own preferences—as Chief Justice John Roberts famously put it, “to call balls and strikes and not to pitch or bat.” For decades, though, the Court has prevented one of the nation’s landmark civil rights laws from functioning as it is written, while acknowledging that it has taken this course to promote its own views of good policy. The Court has achieved this goal through the doctrine of “qualified immunity,” a set of judge-made rules that lack any foundation in the text of this important law and that hinder its basic purpose. But a new case the Court is being asked to consider provides an opportunity to reform that doctrine and restore fidelity to the law.

Under 42 U.S.C. § 1983, a person whose constitutional rights were violated by state or local officials can sue those officials in federal court for damages. Congress enacted this law nearly a century and a half ago to deter constitutional violations by imposing financial liability on the offenders. Yet the modern Supreme Court has made it nearly impossible for many victims to seek redress under Section 1983. The qualified immunity doctrine now enables officials to have such suits dismissed at the outset, as long as their conduct did not violate “clearly established statutory or constitutional rights.” In practice, this has come to mean that injured plaintiffs cannot proceed with their suits unless they can point to a prior decision establishing that precisely the same conduct violates the law. Worse still, when a court determines that the illegality of an official’s conduct is not “clearly established,” the court can dismiss the suit without determining whether that conduct actually violated the law. This means that the next time an official harms someone through the same conduct, there will still be no clearly established law for the victim to rely on—and it will still be impossible to hold anyone liable for violating the Constitution.

Qualified immunity allows many types of government illegality to go unchecked, but its effects are especially pernicious when it comes to unjustified shootings and other abuses committed by police officers. These types of incidents involve a myriad of factual variations, making it extremely difficult for victims to identify a previous case involving the exact same scenario. The result is a nearly impenetrable barrier to recovery for people who are harmed without justification during police encounters—even though such violence can be an unreasonable “seizure” under the Fourth Amendment. And because states and localities rarely have to shell out money in damages for the actions of their law enforcement officers, they have little financial incentive to institute the kinds of trainings and policies that might prevent unnecessary shootings and other incidents of excessive force. As Justice Sonia Sotomayor put it in a dissent, qualified immunity has become “an absolute shield for law enforcement officers, gutting the deterrent effect of the Fourth Amendment.”

A new case that the Court is being asked to review illustrates just how high the barriers to recovery have become. After police officers searched the homes and business of Micah Jessop and Brittan Ashjian, more than $100,000 in cash and $125,000 in rare coins went missing. No criminal charges were ever filed against Jessop or Ashjian, and based on this apparent theft by police they brought a Section 1983 lawsuit against the City of Fresno and the officers—one of whom was later sentenced to prison for extorting bribes in another case. But the U.S. Court of Appeals for the Ninth Circuit held that qualified immunity prevented the officers from being sued. According to that court, it is not “clearly established” that stealing money and property while executing a search warrant violates the Fourth Amendment.

Jessop and Ashjian have now asked the Supreme Court to review that decision. Their case is so egregious that the Court could reverse the Ninth Circuit even under existing qualified immunity standards: as the Court has said, some things are so obviously illegal that “even in novel factual circumstances … officials can still be on notice that their conduct violates established law.” Nevertheless, the Ninth Circuit’s decision is a predictable result of a qualified immunity doctrine that was designed to bend over backwards in service of shielding government officers from accountability.

As CAC has explained in an amicus brief we filed earlier this week supporting review of that decision, modern qualified immunity doctrine subverts the text and purpose of Section 1983. After the Civil War, recalcitrant Southern states facilitated widespread persecution of formerly enslaved people and their allies, who were subjected to violence, theft, and other abuses at the hands of police officers, militias and mobs. At the time, the Constitution’s Bill of Rights restricted only the federal government, so in response to these horrendous abuses the nation ratified the Fourteenth Amendment, which “fundamentally altered” the federal system by requiring states to respect constitutional protections for individual liberties.

Even that turned out to be insufficient, however. Southern states continued permitting the rights of citizens to be “systematically trampled upon,” in the words of one Congressman. In response, Congress enacted the Civil Rights Act of 1871, the first section of which is now 42 U.S.C. § 1983. To safeguard fundamental liberties, lawmakers resolved to “throw open the doors of the United States courts to those whose rights under the Constitution are denied or impaired.” Because Congress could not “compel proper legislation and its enforcement” in Southern states, it decided that “the injured party should have an original action in our Federal courts.”

In short, Congress enacted Section 1983 to deter constitutional violations, expecting that the law would be interpreted broadly to promote its goals. And the text of the statute provides no immunities of any kind. The common law of that era did grant immunity to people performing certain types of government functions—to judges, for instance—and Congress may have intended for Section 1983 to incorporate these well-established rules. But those rules did not provide any general immunity to police officers, or anything remotely resembling modern qualified immunity doctrine. To the contrary, government officers traditionally were held liable for tort damages when they committed unlawful injuries, regardless of any excuse or justification they might offer, a rule the Supreme Court itself applied as far back as 1804.

Today’s qualified immunity doctrine, therefore, cannot be justified by the text, history, or purpose of Section 1983. And indeed, the Supreme Court has been remarkably “forthright” in acknowledging where the doctrine actually does come from: the Justices’ own policy preferences. Majorities on the Court have long disliked subjecting police officers to suit, and the “driving force” behind modern qualified immunity has been their desire that “insubstantial claims” against officers be resolved as quickly as possible.

In pursuing that goal, the Court has strayed far from the text of Section 1983, transforming the statute into something that would be unrecognizable to the Congress that enacted it. If the Justices believe in textualism and original meaning, and in their limited role as neutral umpires, then reform is long overdue. The Court should take steps toward restoring the robust civil remedy that Congress enacted Section 1983 to provide, and it can start by accepting the Jessop case for review.

CNN
CNN — The US Supreme Court is considering a case that could change the broad immunity from...