Constitutional Blindspot: How The Roberts Court Is Betraying Our Democracy 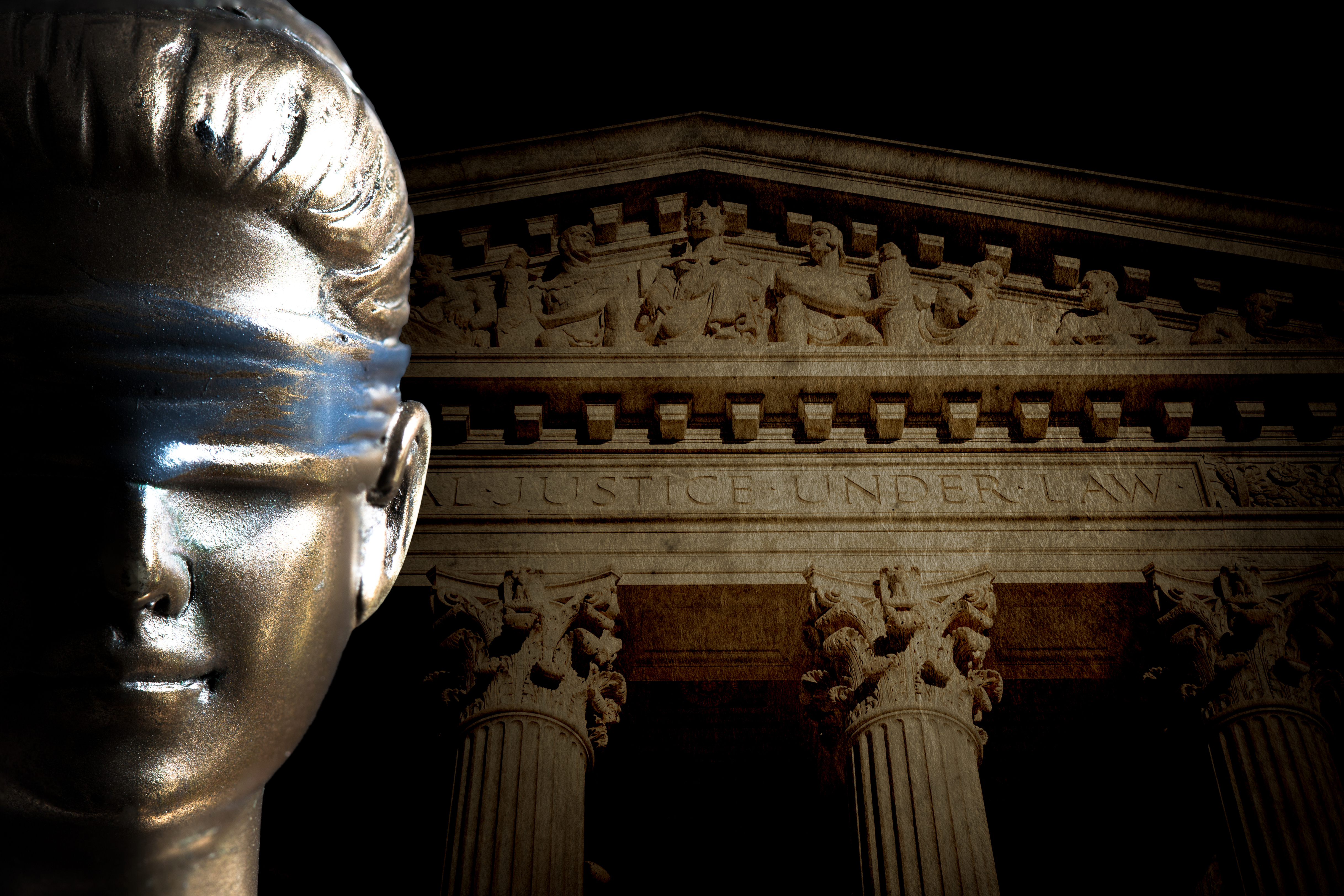 The Roberts Court has a constitutional blindspot.  It consistently ignores the many parts of the Constitution that help preserve and protect a vibrant democracy open to all.

In Rucho v. Common Cause, in a bitterly divided 5-4 ruling, the Supreme Court’s conservative majority licensed blatant manipulation of the electoral process, claiming that the courts lack judicial standards to adjudicate partisan gerrymandering claims.  By closing the courthouse doors to claims of partisan gerrymandering, the Court has given states the greenlight to draw district lines that lock up the political process for the party in power.  This is an incredible transfer of power to the states to discriminate against voters and dilute their voting strength based on their political affiliation and voting history.

Chief Justice Robert’s insistence that courts must remain mute in the face of state efforts to subordinate voters because of the party they support finds no basis in the Constitution’s text, history, and values.  When the Framers designed our system of government, they entrusted the courts with the job of checking abuse of power by the government and enforcing constitutional limits.  As John Marshall—later to be one of the nation’s greatest chief justices—argued “[t]o what quarter will you look for protection from infringement on the Constitution, if you will not give the power to the judiciary? There is no other body that can afford such a protection.”

In Rucho, Chief Justice Roberts claimed that there “are no standards in the Constitution” for judging the constitutionality of partisan gerrymanders.  But courts regularly hear one-person, one vote-cases, racial gerrymandering cases, and vote dilution cases.  And Roberts himself, in campaign finance cases, has said that “basic intrusion by the government into the debate over who should govern goes to the heart of First Amendment values.”  When the government draws district lines—as North Carolina did in Rucho—based on their belief that “electing Republicans is better than electing Democrats,” courts act as courts when they strike down such state-sponsored viewpoint discrimination.

In a brilliant dissent, Justice Elena Kagan called out the majority for closing the courthouse doors on victims of voting discrimination.  The partisan gerrymanders, she wrote, “debased and dishonored our democracy turning upside-down the core American idea that all governmental power belongs to the people.”  In turning a blind eye to these constitutional wrongs, she wrote, the Court has abdicated its “special responsibility to remedy violations of constitutional rights resulting from politicians’ districting decisions.”  By denying injured voters a judicial forum, the Court has enabled politicians to “beat democracy.”

Rucho is the latest in a string of Roberts Court decisions that have failed to honor our Constitution’s democratic promise.   Under the Chief Justice’s watch, the Court has made it easier for corporations and the wealthy to spend unlimited amounts of money on political campaigns, while making it harder for citizens to exercise their fundamental right to vote. The Roberts Court struck down the most important and successful part of the Voting Rights Act, opening the door to waves of racial voter suppression.  The Roberts Court has licensed voter purges that allow states to remove citizens from the voting rolls because they failed to exercise their constitutional right to vote.  It has imposed an incredibly high standard on citizens challenging state-sponsored racial discrimination in voting, insisting that courts must presume the good faith of states.  In all these ways and more, it has enabled states to suppress the vote and reduce political participation.

Even the Court’s 5-4 ruling rejecting U.S. Commerce Secretary Wilbur Ross’s decision to add a citizenship question—which is an important progressive victory in its rejection, at least for now, of the Administration’s effort to manipulate the Census—still managed to move the law to the right.  While Roberts refused to accept the Trump administration’s lie that the citizenship question was necessary to enforce the Voting Right Act, he also wrongly held that asking about citizenship is constitutionally permissible.

Contrast this lax, deferential posture with the muscular judicial review the five conservative justices demand in cases involving federalism, property rights, or separation of powers.  This past term, in a number of sharply divided 5-4 rulings, the Roberts Court time and again overruled past precedent, moving the law sharply to the right.  These rulings, as Justice Elena Kagan observed in dissent, shred longstanding decisions, “relying on one subversion of stare decisis to support another.”

In Franchise Tax Board v. Hyatt, the Court held that states may not be sued  in the courts of other states, even though the Constitution’s text says nothing about the question.  In Knick v. Township of Scott, the Court threw out longstanding precedent requiring a plaintiff who claimed a violation of the Constitution’s Takings Clause to seek compensation in state court, insisting that the individual had a right to go immediately to federal court without availing himself of state property rights remedies.  In Gundy v. United States, four conservative justices seem poised to unleash a separation of powers revolution that, as Justice Kagan observed, would make “most of government” unconstitutional.

There is a serious double standard at work here.  The Roberts Court’s conservative majority treats federalism, separation of powers, and property rights as core constitutional values, while refusing to take seriously our Constitution’s embrace of a democracy open to all.  The Court’s disregard for such a central part of our Constitution’s text, history, and values undermines our democracy and will breed cynicism about the rule of law, at a time when we need it most.

The Court’s abdication of its role in checking abuse of power will have long term consequences for our democracy.  The Court has already gutted the Voting Rights Act and opened the door to racial voter suppression.  Now it has given politicians free rein to gerrymander voters and rig elections.  Betraying our democracy will define the Roberts Court’s long-term legacy.

RELEASE: Census Memo A Clear Violation of the Constitution

“The Court today is plainly wrong to avoid ruling on the merits of this case...
By: Elizabeth B. Wydra
Voting Rights and Democracy
November 30, 2020

OP-ED: The Supreme Court Must Choose Between Trump and the Constitution in the Census Case

Slate
Critics of conservative originalism have charged that it is just a fancy word used to reach...
By: David H. Gans
Voting Rights and Democracy
November 3, 2020

Be Ready for a Lengthy, Vicious Struggle

The New York Times
How will the winning candidate piece together a victory in 2020? David Byler, a data...
By: David H. Gans, By Thomas B. Edsall
Voting Rights and Democracy
October 31, 2020

OP-ED: As Previous Generations Did, Make a Plan to Vote

InsideSources
The right to vote is one of our most cherished fundamental rights. It is guaranteed...
By: David H. Gans
Voting Rights and Democracy
October 30, 2020