In 1967, the Supreme Court created from whole cloth the legal doctrine of qualified immunity, which shields government officials from civil liability when they violate people’s constitutional rights in all but the rarest cases. Under the doctrine of qualified immunity, as it currently exists, government officials cannot be held personally liable unless they have violated a constitutional right that was “clearly established” at the time of the violation. In practice, it has become very difficult to meet this standard, because plaintiffs are often required to identify prior case law involving nearly identical fact patterns. Even in cases in which the defendant’s actions were obviously wrong, the plaintiff is often denied relief and the government official escapes accountability. 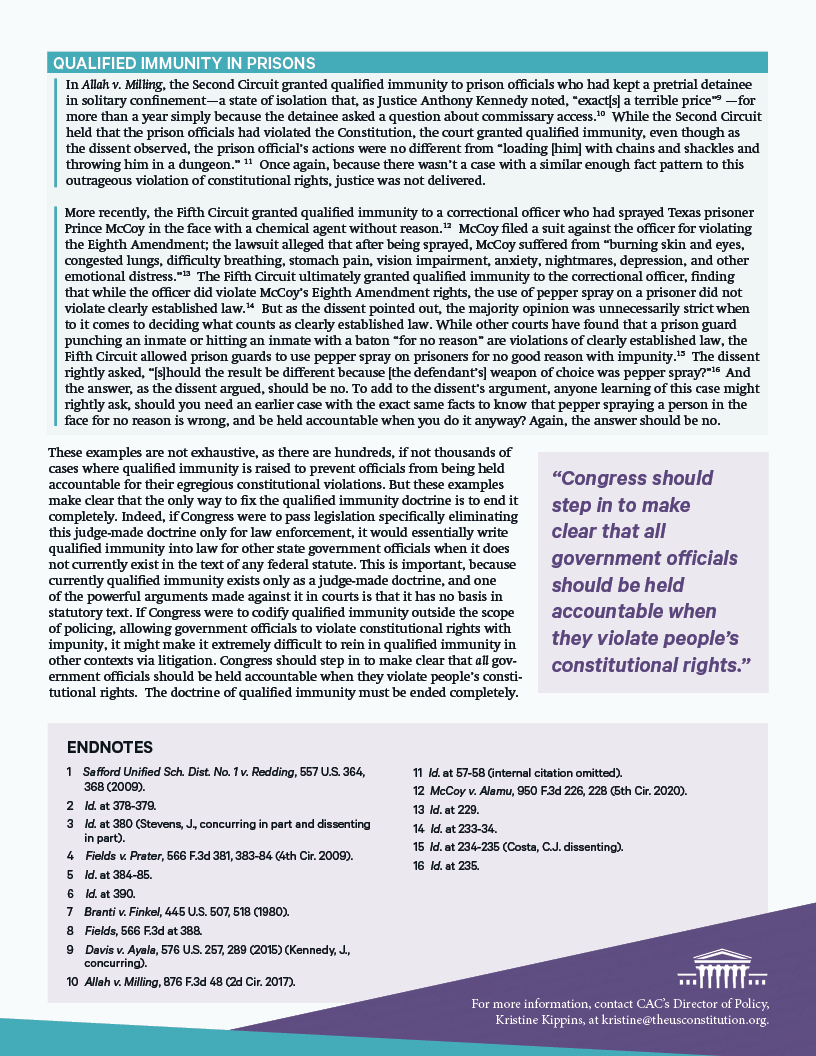 CAC’s September 2022 Newsletter: Honoring the Constitution in a Time of Challenge

A Crisis and an Opportunity

In Ortiz v. Foxx, the U.S. Court of Appeals for the Seventh Circuit is considering whether state court judges who administer and enforce Illinois’s name-change statute are subject to suit by a group of transgender...
Access to Justice
June 29, 2022

Boston Globe
In her latest dissent, Sotomayor criticizes ‘a restless and newly constituted Court.’
By: David H. Gans, By Marcela García
Access to Justice
U.S. Court of Appeals for the Eleventh Circuit

In Wells v. Warden, the en banc Eleventh Circuit is considering whether dismissals for failing to exhaust administrative remedies count as strikes under the “three strikes” provision of the Prison Litigation Reform Act.