10 Ways CAC Honored our Constitution in 2019 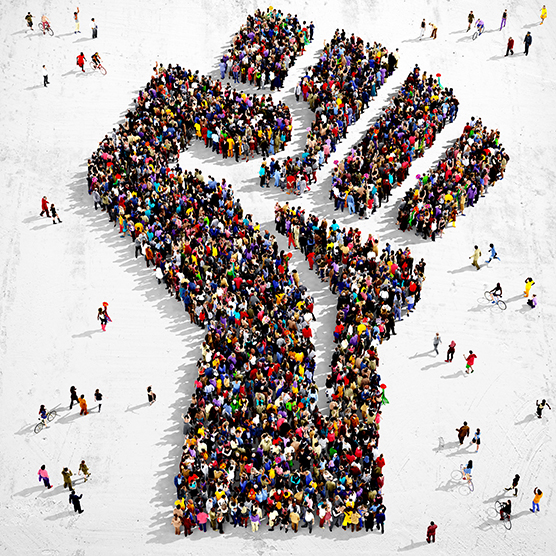 The end of the year provides a nice checkpoint for reflection and evaluation. At CAC, we are committed to preserving the progressive text, history, and values of the Constitution. Check out 10 accomplishments we achieved this year and will continue to build upon in 2020.

#1. Defending the Rule of Law

Regardless of what President Trump might think, a President is not a King. Through multiple facets of our work, CAC has advocated that the office of the president must remain free from corruption as the Framers hoped, and that no one must be allowed to be above the law. Read “High Crimes” and “The First Magistrate in Foreign Pay,” our impeachment analysis featured as the cover story for the December issue of The New Republic co-written by CAC’s President Elizabeth Wydra and Chief Counsel Brianne Gorod.

#2. Holding the President Accountable to the Constitution’s Foreign Emoluments Clause

CAC’s legal challenge on behalf of more than 200 Members of Congress against President Trump for his violations of the Constitution’s Foreign Emoluments Clause (FEC) has been making its way through the courts this year. The Framers put in place the FEC as a protective measure to safeguard against corruption because they recognized that benefits of any kind to U.S. officials by foreign governments could compromise the judgment of those officials and undermine their loyalty to the United States, thereby harming the American people. We are proud to stand with Members of Congress to pursue accountability to the FEC and expect a ruling from the court in the coming months.

In January 2019, CAC released an issue brief on the historical and legal basis for the exercise of congressional oversight. Throughout the year, as we watched findings unfold around the Mueller Report, and eventually impeachment investigations, we published op-eds, blogs, and amicus briefs in support of Members of Congress in their efforts to exercise oversight authority as a co-equal branch of government holding President Trump and his administration accountable to the Constitution. Check out the briefs we filed in the Mazars and Deutsche Bank cases.

This past July, CAC President Elizabeth Wydra participated in a panel discussion at Georgetown Law on Justice Ruth Bader Ginsburg’s jurisprudence, following the Justice’s discussion with two of her former law clerks on her life, work, and focus on gender equality.

“She can use language to make things real for people, even when it’s difficult questions of the law,” Wydra said. Check out the blog recap from the event.

Our nation’s founding charter –the U.S. Constitution– was written by revolutionaries and amended 27 times over the centuries to make our Union more perfect. This year, we launched a digital rally to honor Constitution Day. Progressive leaders submitted videos to the project to commemorate an unforgettable #ConstitutionalMoment that has stayed with them. Check out the video reel with highlights from the day. https://www.theusconstitution.org/events/constitution-day-rally-2019/

This past April, CAC held our Sixth Annual Home Stretch at the Supreme Court event, during which we hosted a panel of experts to discuss key cases and pressing legal issues that emerged during the 2018-2019 Supreme Court Term. Watch the replay of the panel. https://www.theusconstitution.org/events/sixth-annual-home-stretch-at-the-supreme-court/

This past October, CAC launched our new online show, #PurpleChairChat! Our #PurpleChairChat commentary highlights many of the most important topics in constitutional and federal law, as well as raises public awareness of ongoing court cases that push progressive values forward. Stay tuned for new episodes in 2020, but until then check out this replay.

This past October, CAC released the latest in its annual series of issue briefs on the performance of the U.S. Chamber of Commerce at the Supreme Court under Chief Justice John Roberts. Titled “A Muted Term Belies a Supreme Court Deeply Polarized on Corporate Power,” the brief examines the Chamber’s record in the 2018-2019 term and looks ahead to the 2019-2020 term.  Over the past few years, this series has documented the ways in which the Supreme Court has increasingly privileged the interests of corporations over the interests of everyday people.

This year, CAC continued its efforts to protect the federal judiciary from politics and special interests to ensure that our justice system remains fair and independent. Check out this blog from CAC’s Director of the Human Rights, Civil Rights, and Citizenship Program, David Gans explaining that the Framers “entrusted the courts with the job of checking abuse of power by the government and enforcing constitutional limits” when they designed our government.

This year, CAC made strides in its mission to promote the progressive promise of the Constitution’s text, history, and values, as well as to shift the way judges, policymakers, academics, non-profit organizations, and the general public understand the Constitution. We hired an inaugural Kendall Fellow in honor of CAC’s Founder Doug Kendall and also hosted four summer interns to train using our progressive originalism methodology.

The current state of political and legislative affairs suggests that 2020 will present a host of serious challenges to our democracy. As always, CAC will continue to fight to carry this country forward and support the arc of constitutional progress.

CQ/Roll Call
A federal appeals court in Washington on Friday dismissed a lawsuit brought by more than...
By: Elizabeth B. Wydra, By Todd Ruger
Rule of Law
February 13, 2020

Challenging a Trump Administration change in immigration policy that harms crime victims and law enforcement efforts, because the official who issued the new policy is serving unlawfully as the Acting Director of U.S. Immigration and...
Rule of Law
February 7, 2020

The Hill
“The Framers included the Foreign Emoluments Clause in the Constitution as the Constitution’s chief bulwark...
By: Elizabeth B. Wydra, By Harper Neidig
Rule of Law
February 7, 2020

Hartford Courant
“The Court of Appeals did not in any way approve of President Trump’s repeated and...
By: Elizabeth B. Wydra, By Ana Radelat
Rule of Law
February 7, 2020

What Is The Emoluments Clause? Appellate Court Throws Out Suit Against Trump